„What are your views?
I am an Ethno-nationalist Eco-fascist. Ethnic autonomy for all peoples with a focus on the preservation of nature, and the natural order.““

„Were/are you a fascist?
Yes. For once, the person that will be called a fascist, is an actual fascist. I am sure the journalists will love that.
I mostly agree with Sir Oswald Mosley’s views and consider myself an Eco-fascist by nature.
The nation with the closest political and social values to my own is the People’s Republic of China.“

„Why do you blame immigrants and not the capitalists?
I blame both, and plan to deal with both.“

„Western culture is trivialized, pulped and blended into a smear of meaningless nothing, with the only tenets and beliefs seemingly held to are the myth of the individual, the value of work (productivity for the benefit of your capitalist owners) and the sovereignty of private property (to ensure none of us get grand ideas of taking the unearned wealth of our owners).“

„The truth that the West killed the notion of god, and proceeded to replace it with nothing. Brought forth two competing ideologies(communism and fascism)to replace this loss of god, then proceeded to allow both sides to slaughter each other to a standstill and then let corporate backed capitalists tear the survivor to pieces. Resulting in a society with no core beliefs, no purpose and no vision for the future. A society of rampant nihilism, consumerism and individualism, where every individual is a competitor and the rights of the individual override all notions of responsibility. In this hell the individual is all and the race is worthless, something to rail against and use whenever possible, a power structure to climb, or topple.“

„Globalized capitalist markets are the enemy of racial autonomists

If an ethnocentric European future is to be achieved global free markets and the trade of goods is to be discouraged at all costs.

An environmentally conscious and moral society will never be able to
nomically compete with a society based on ever increasing industrialization, urbanization, industrial output and population increase. The cheaper labour and ignorance of environmental health will always result in cheaper goods produced with less effort and inevitably result in control of the market.“ 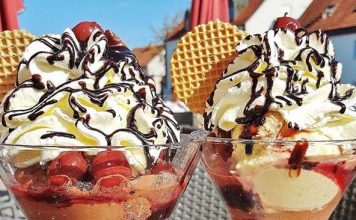